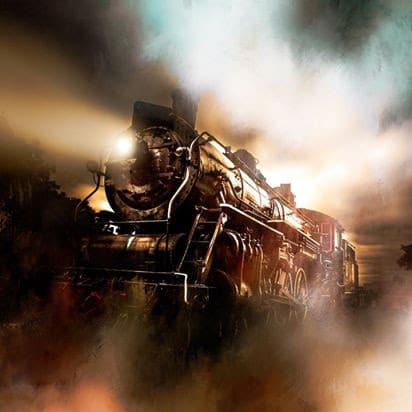 In a recent vision, I saw a “Kingdom Train.” The presence of the King lay heavily upon and within it. Glory streamed from each car. While on this train, I began to hear from the Lord for His people. First of all, He spoke three basic truths:

The Place:  The train was moving on a single track heading North, straight as an arrow for the Throne of God.

The Passengers:  The people on the train were all Believers in Yeshua; mature disciples of King Jesus. While on the train, all were carried completely “in Him.”

The Principle:  The Divine engineer, with absolute authority over each disciple, was the Lord Jesus, Yeshua HaMashiach, Himself.

Each person on this Kingdom train had been given a “spiritual ticket” indicating his or her seat and birth. The ticket also indicated how far the person would go on this train. At various points, the train would stop; unload some passengers and receive others. It would then move purposely forward. From my seat on the train, I couldn’t actually see where it was heading, but I knew in the Spirit. We were moving North toward the heart of God; closer, ever closer to Him. Our destination, carried in Jesus Himself, was the bosom of the Father, the place where the Son resides.

Then I heard our Lord speak:  “Don’t get off the train until you arrive at the Throne!” This was a severe warning, but not heeded by all. It reminded me of the ten virgins in Matthew 25. The five virgins who continued on to meet the Bridegroom were wise; the five foolish ones turned back. The ones who didn’t get off the train corresponded to the five wise virgins; those who made it all the way to meet the Bridegroom. The foolish would be unable to continue on the journey. They would, at some point, disembark.

At this, His Word of warning, some of us stayed on the train watching as others got on or off. The train climbed higher and higher. Fewer people were boarding the train at each stop now; many, however, were disembarking. The ones who remained had no work to do, so in this time frame, we:

Waited – Renewing vital strength:  “But those who wait on the Lord shall renew their strength; They shall mount up with wings like eagles, they shall run and not be weary, they shall walk and not faint”  (Isaiah 40:31, NKJV).

Watched – Receiving wisdom and understanding, a much greater knowledge of our Heavenly Father:  “Wisdom is the principal thing therefore get wisdom and with all thy getting get understanding” (Proverbs 4:7, KLV).

Worshiped – Reveling in a glorious new anointing, bowing deeply before Him:  “But the hour is coming, and now is, when the true worshipers will worship the Father in spirit and truth; for the Father is seeking such to worship Him”  (John 4:23, NKJV).

Now we knew! The people who remained on the train were all worshipers; headed for the Throne to worship our God in the strength of the Spirit, in greater understanding and truth, in the anointing of the Spirit, the Ruah HaKodesh. We had been sought out by our Father for this one express purpose:  to worship and minister to Him at His Throne. We would soon join the great throng of His people, “And every creature which is in heaven and on the earth and under the earth and such as are in the sea, and all that are in them, I heard saying: ‘Blessing and honor and glory and power be to Him who sits on the throne, And to the Lamb, forever and ever!’” (Revelation 5:13).

Wow! Amazing! Our excitement was building! We could hear the throng of angels rejoicing as we now climbed vertically, speedily! Then, all of a sudden, with joy unspeakable beating within us, we burst triumphantly into the Throne room of Heaven. I watched intently as one man now left the train and walked straight ahead; never looking back. He entered the circular rainbow around the Throne and was gone; caught up forever into the all consuming presence, the loving rest in the embracing bosom of the Fatherhood of God.

P.S. I can hardly wait! My turn and yours is next! It is soon. Please be warned, once you embark on this journey, no matter the delay, please “Don’t get off the train!”