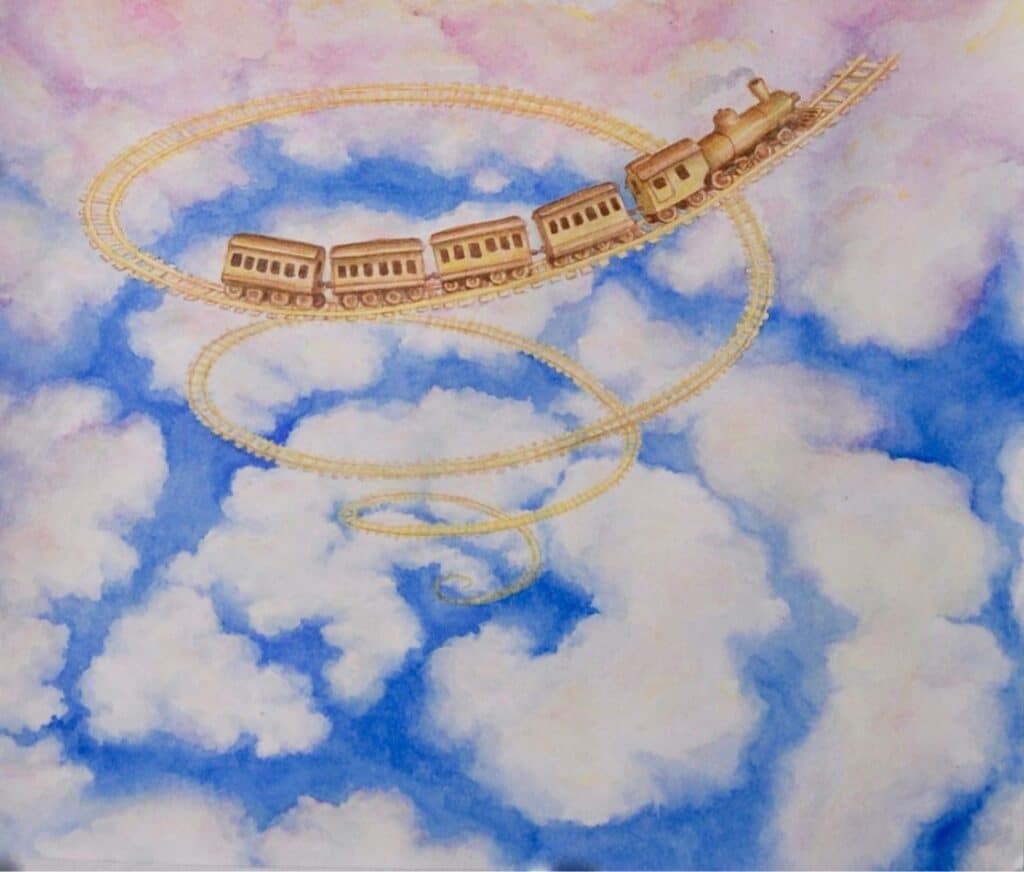 In the last vision, the caboose was loosed from The Kingdom Train. With this caboose gone, warfare ceased, the past now became dim to those in the last train car. These turned, now facing forward; anticipating a new call from God. The first part of this call came swiftly and surely: “Come up here,” our Lord commanded. “Here” was the engine room where our King Jesus, Yeshua HaMashiach, engineered the train. The Lord continued, “I set before you an open door” (Revelation 3:8,4:1).

At this command, those in the last car only, raced forward through car after car. Each door between cars flew open before these and all continued, as little children, running joyfully toward the engine room.

Soon they saw Jesus on one knee; arms outstretched, anxious to sweep each one unto His hungry, heartfelt embrace. One after another literally jumped into His arms; reveling in His love. His arms encircled these humble, child-like Believers, drawing each closely to His heart.

Once in His arms, He carried all to the engine room, gathered them on His knees and began to show each how to drive the train. This was much like a father holding his child on his lap, teaching the young child to drive a car. He was teaching them His strategy for the new Kingdom age. Jesus was enjoying teaching each immensely. They had become such a delight to Him!

Each one had come through much testing; each chosen in “the furnace of affliction” (Isaiah 48:10). Their change was not Personal now, for they had been changed or formed into His likeness. The change was Positional. Those called forward, these humble “little children” in Spirit, were to become His New Kingdom leadership. These who were last, humbly seated in the last car train had now become FIRST (Luke14:10, KJV.). They were slated to rule and reign with their beloved King. He was teaching them much for this new role. By the time they reached the Throne, they would be prepared to meet their Father God and receive the next very powerful Kingdom call. . .