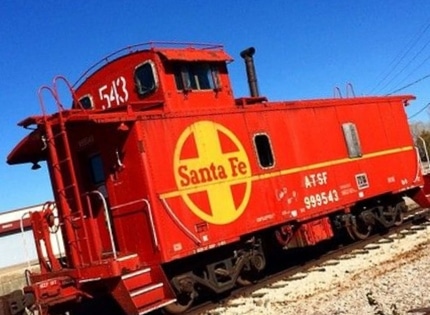 While on board the Kingdom Train, seated in the last train car with others, I heard two things from the Lord. First He said:

“Those who were against you are now behind you.”

I turned to see behind us and saw a jolly looking red caboose. Those inside the caboose were having a wonderful time talking to one another, laughing, and busily milling around in the caboose. There was one problem, however. They were so absorbed in themselves and what they were doing that they were oblivious to the Lord’s direction. They weren’t listening to Him at all! They were also speaking against others; God‘s anointed servants.

Because of this, the second directive was to those who were in the last train car closest to the caboose. He said:

“Pull the pin and loose the caboose.”

This was very difficult to do emotionally, for we knew what would happen! We knew the ones in the caboose would not go towards the Heavenly Throne of our Father, but instead, would slide backwards; landing on the very bottom of the track.

In my case, this loosing, this pulling up of the pin, took several weeks for me to do. After strong crying and intercession for those in the caboose, I rather reluctantly “pulled the pin;” watching in the fear of the Lord as the caboose careened down the track; coming to a dead stop at the bottom of the hill.

The people inside were strangely ecstatic as they emerged from the caboose; thinking they had arrived at the pinnacle of success in God. Actually, it was just the opposite. They had been rejected; failing to pass a great test–the test of humility and dependence on God.

The people in the caboose had lost the opportunity to participate in what would ultimately be the last great Apostolic move of God. New Apostolic leadership would be chosen by the Lord from those who remained on the now steeply, upward-bound Kingdom train.