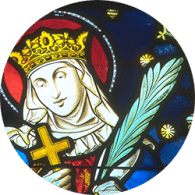 The Midnight Cry… to the Church

Teaching for the Church by Penny Sheahan

At midnight the cry went out, “The Bridegroom cometh.” This is that dark time. “Rise and trim your lamp and begin to come toward My voice, for darkness covers the earth and gross darkness the people, but My light will be with you and in you and you shall be guided into all My ways. There will be oil for the journey, for I have taught you how to fill your vessel daily. The only starts and stops you will have on the journey will be those stops to pray, and those starts to resume your journey toward Me. Look up now, saith the Lord for your redemption draweth nigh. Don’t look down; don’t look at the darkness of the world. Look at your hope, look at Me, for lo, your Bridegroom cometh.”

AT MIDNIGHT THERE WAS A CRY . . . .
In every nation we are called to, we see signs saying, “Behold the Bridegroom cometh. It is time to go out to meet Him.” This is both a perception and a warning to the Bride of Christ. It is the cry of the Holy Spirit in this hour.

In Italy, we saw a scene literally played out before us in the city of Florence. The Lord let us know this was a time of revelation. We would shortly know His plan. His new move in the earth. A man dressed in a handsome black tuxedo stood near us. He held a beautiful bouquet of lilies and gazed longingly down the street in anticipation — of what?

All of a sudden, a limousine appeared — moving slowly down the narrow street. It stopped! Immediately, the chauffeur dashed from his seat and opened the back door. The young man with the lilies seemed awestruck. So were we! The anointing of the Holy Spirit was so strong, the moment so poignant that we began to weep.

She appeared out of the back door of the limousine. She was gloriously adorned in white from head to toe. Her glistening veil obscured her face, but he knew who she was. He presented her with the lilies, took her arm in his, and began to walk with her through a doorway — a door that would mean a new life for both of them; a life as husband and wife.

COME OUT . . . .
Immediately as the two stepped over the threshold of this open door, two doormen grasped the handles and with authority slammed the doors shut. We almost staggered at the importance of this event. This is the revelation: Jesus (Yeshua) is waiting for His bride TODAY! She IS NOW clothed in His righteousness, clean and white, and coming out of all that has held her in the past.

THE DOOR WAS SHUT . . . .
This is the warning . . . in every nation He sends us. THIS is the day of Your visitation. HURRY! He is coming soon! There is a very SMALL window of opportunity for you to come to Him. The door WILL SOON be shut. Keep your vessel clean and filled at all costs. You will SOON enter into the door of a consummate relationship with Him.